Cave Brawlers is a 2D hack 'n slash which takes inspiration from games like Castle Crashers, Wonder Boy in Monster Land, and Shovel Knight. The game requires the player to use different moves and combinations to take down enemies and succeed.

Cave Brawlers was originally made for a Ludum Dare, a 48 hour game jam, in April 2014. After receiving positive criticism from the game I decided to run with it and complete it. The original game can still be played, from the Ludum Dare website[ludumdare.com].

It has not been an easy two and a half years...

I find some of today's games to have just too many controls and over complicate things. Sometimes I just want to play a game, not learn a control map to play or constantly go into my settings to see what the controls are. Many times I will pass a game's tutorial and play a few levels and put it down for a month or longer and have no idea what I'm doing.

This is my solution. The controls are very simple or at least I think so... I mean I have been making this thing for two years...

There are also many enemies you'll encounter on your travels through the caves,

In a kingdom very far away and in a time long long ago there lived a King in his castle. In that castle worked a soldier that stood guard outside the royal palace. After a long day's work he goes to the local pub/club to unwind and relax. During his time there a explosion could be heard outside, an explosion so strong that it knocked down the disco ball and took out the electricity. The soldier rushes out to find out what has happened. Upon leaving he finds out that he is too late. His co-worker has been trapped and left behind in a cage... but by who...

The explosion had knocked out the cities walls and defenses. You must rush to the old castle wall and defend the city with a turret. Upon completing this you free your co-worker and return to the castle to learn more about the invasion.

The Cave Dwellers had invaded the surface and kidnapped many of the soldiers and country-folk. Find out what happens next... 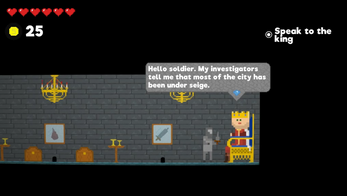 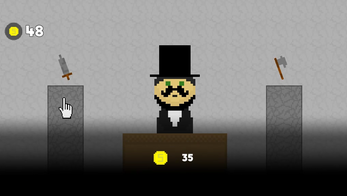 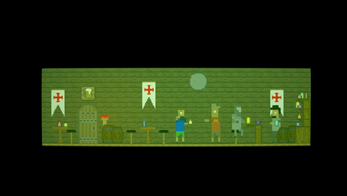 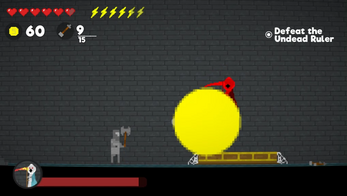 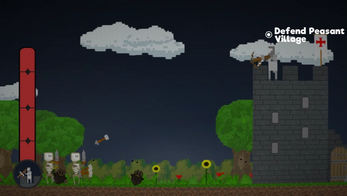 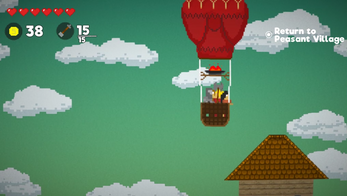 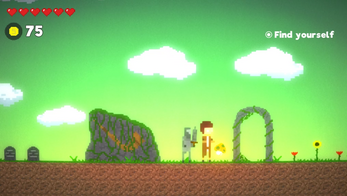 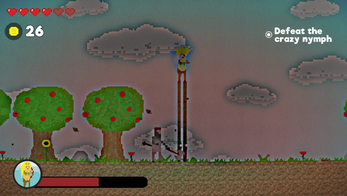